Man has decided he doesn’t need a best friend any more, and definitely not one of those furry little good-for-nothing creatures who just run around barking and yapping all day. Of course, it’s okay if you buy/adopt a good, playful dog, teach him to be obedient and stay quiet and follow your orders. But those filthy mud-covered strays? They listen to no-one. They are all extremely aggressive and will attack you first chance they get. 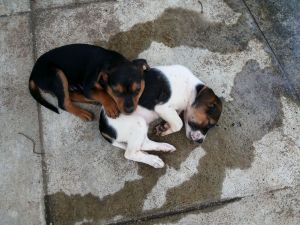 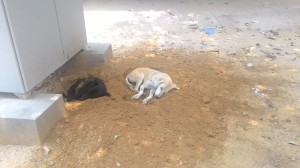 Who in their right minds would ever want to go near them?

So it’s a good thing that ‘God’s own Country‘ is turning into ‘Dogs’ own Hell‘, right? The Chief Minister of Kerala, O. Chandy, has given orders for dog culling despite strong oppositions.

Culling is the act of reducing population by selective slaughter.

See, that doesn’t sound inhumane at all. So what is this selection going to be based on? Aggressiveness. Stray dogs are being captured, spayed and neutered, but those conceived to be ‘dangerous’ are to be euthanized. Now according to the law, only incurably ill and mortally wounded dogs as diagnosed by a qualified veterinarian can be euthanized. If a dog is found to have rabies, he must be allowed to die a natural death in isolation.  But when you’re the Chief Minister, why do you have to care about what the law says? 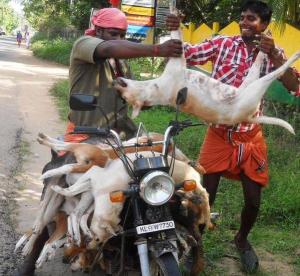 Why was this harsh step taken? According to Chandy, the dog menace had spiralled out of control, with 40,000 reported dog bites in 2015. However, according to CNN,

Dr. Manilal Valliyate, director of veterinary affairs for PETA India, said that many of the alarming figures on dog bites circulated by the Indian media should be taken with a pinch of salt. ‘Even if it’s a snake, dog or cat bite, everything is put into one; (they’re) not categorized if it’s a stray or domesticated animal, or with rabies or not’.

Is culling a good idea? For the sake of a ‘reasonable’ explanation, let’s leave morality out of this. Let’s say that human lives are definitely far more important than dangerous animals who must be put down to save our kind, no matter the moral implications. Will culling work now? It has been tried in different countries before, but it DOES NOT work. The reason? Dogs, who are descendants of wolves, are territorial animals. When one dog vacates his territory, other canines rush in to occupy his place. So unless you plan on eradicating the entire stray dog population, this won’t help you get rid of them. The only proven method to help in this situation is vaccination and birth control. Is Kerala the first city to face this menace? No. Kerala is definitely not the first city in India to face this perceived dog threat. Jaipur adopted the Animal Birth Control model, and by December 2002, the incidence of rabies had fallen to zero. Unlike India’s most literate city, they did not approve mass killing of dogs. Reports from Kerala The government is saying that unreasonable killing will not take place and only dangerous dogs will be put to sleep. But this is not the first time Kerala has resorted to killing dogs. According to reports, dogs in Kerala are killed using inhumane methods like poisoning and being beaten to death in the name of tourism. From the various oppositions, Chandy’s obstinacy definitely is not going to work for a better Kerala.

Find me on Social Media

Back to top
Short Prose

Poetry and Short Prose by Gabriela Marie Milton 2019 Author of the Year at Spillwords Press and Author of Passions: Love Poems and Other Writings

Color me in Cyanide and Cherry

A Writer on 4 Wheels

The trails and tribulations of a playwright powered wheelchair driver.

travel, lifestyle, theatre and food all based in the fine city of norwich

My experiences to cherish

No matter what, Keep walking :)

" The cream of enjoyment in this life is always impromptu. The chance walk. The unexpected visit. The unpremeditated journey. The unsought conversation or acquaintance." — Fanny Fern

Traveling Matters to us

Making sure that your travel handprint sticks!

Because life's an adventure

The finest stories are seldom told first hand, and the best storytellers do not always speak through words. All it takes is a gentle tap into that sweet smile, that silent tear, that thoughtful glance...

"Slowly you feel this is the blog you were looking for"

The Thoughts of Her

A struggle to let go

with a bit of everything